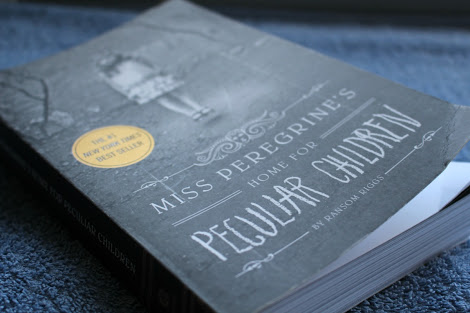 Jacob Portman grew up listening to the stories of his grandfather’s childhood which for the most part contained descriptions about peculiar children and monsters. At the age of 16 when Jacob is wise enough not to believe the bizzare stories that his grandpa told him, a mind-numbing incident takes place which leaves Jacob questioning his doubts.

The quest to demystify his grandpa’s last words and also to clarify his own doubts takes Jacob to a remote Welsh island where decades ago a home had given refuge to Abraham Portman. Here unfolds a series of secrets that divides Jacob’s life into a ‘Before’ and ‘After’.

“I had just come to accept that my life would be ordinary when extraordinary things began to happen.” When a book starts with a line like this, it surely grabs the attention of not only your eyeballs but your mind too. Indeed the book is filled with extraordinary. Ransom Riggs has carefully crafted this book which he has based on numerous photographs borrowed from various collectors. He has meticulously placed all the photographs across the book and has weaved a story, filled with mystery and fantasy, around them.

The book starts at a good pace, slowing down a bit towards the end with bit too many twists and turns and an unexpected ending. But unlike most fantasy books this one neither has any wizards, nor vampires. The book, as the title suggests, feature ‘peculiar children’ which bear the element of fantasy in the world of 21st century. The story has its own creepy and scary moments at times even edging along dark fantasy and even horror.

The book is the first part and its sequel “The Hollow” released in 2014 which I am yet too read. A movie based on the book is under process which is said to be directed by Tim Burton with its screenplay being written by Jane Goldman who has also written screenplays for X-Men – First Class, The Woman in Black, and Kingsman: The Secret Service.

Just like any fantasy fiction this book will garner equal interest from both children and adults and is a good book to read over a weekend. Grab this book and get along with Jacob into an adventurous, dangerous and brave journey into a world of unexpected and extraordinary.

how many read me

Wisdom from the Smiling Panda

For those kensho and satori moments in life

Scattered book reviews from a Scatterbooker

Beyond Me
Chor Bizarre!